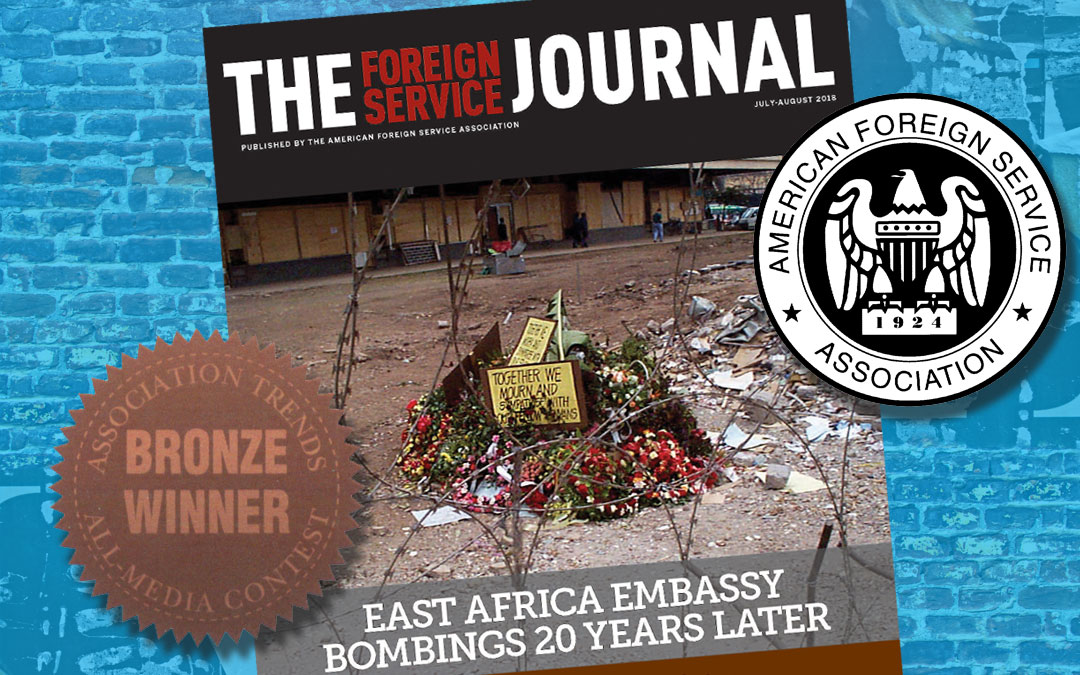 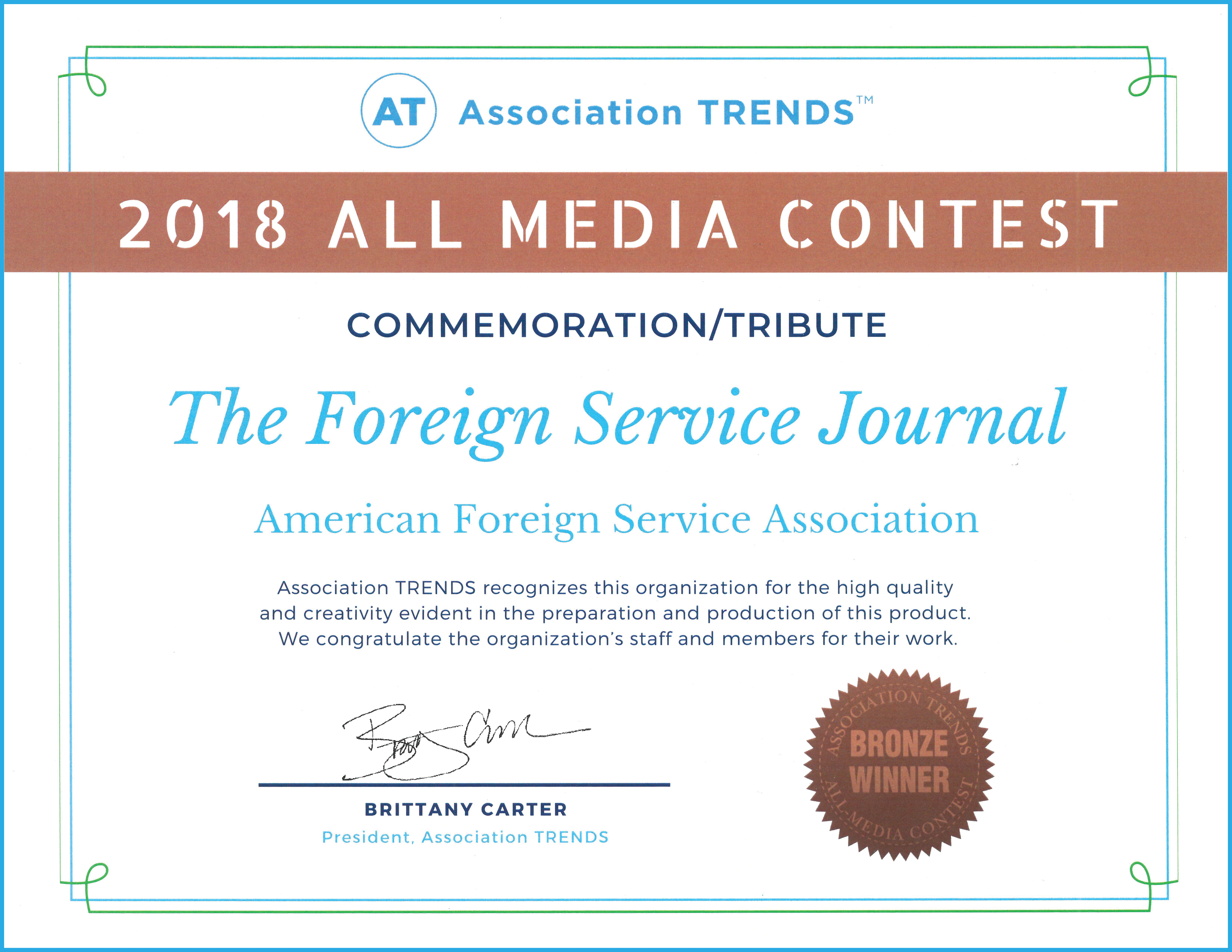 At the Association TRENDS’ 40th annual “Salute to Association Excellence,” The Foreign Service Journal received an award for publishing excellence.

The FSJ earned a Bronze in the commemoration/tribute category for the July-August 2018 issue remembering the 1998 East Africa embassy bombings on the 20th anniversary. The award reads: “Association TRENDS recognizes this organization for the high quality and creativity evident in the preparation and production of this product. We congratulate the organization’s staff and members for their work.”

The Salute to Association Excellence is an annual awards luncheon attended by more than 500 association professionals each year to honor stars within the association.

The July-August 2018 edition of The Foreign Service Journal sought to honor those who lost their lives and those who survived terrorist bombings in Kenya and Tanzania. On Aug. 7, 1998, at approximately 10:37 a.m. local time, nearly simultaneous bombs went off at U.S. Embassy Nairobi and U.S. Embassy Dar es Salaam.

As many as 224 people were killed, and thousands more were injured in the attack carried out by the al-Qaida network. As the 20th anniversary of the attacks loomed, the FSJ put out a call to the survivors—both American and locally employed staff—to share their experiences.

What followed was a powerful and moving collection of 41 stories of that fateful day and the aftermath. Contributors shared intimate, moment-to-moment details of the chaos that erupted after the bombings, how the experience changed them, and how in the face of overwhelming shock and loss they still found the strength to go on.